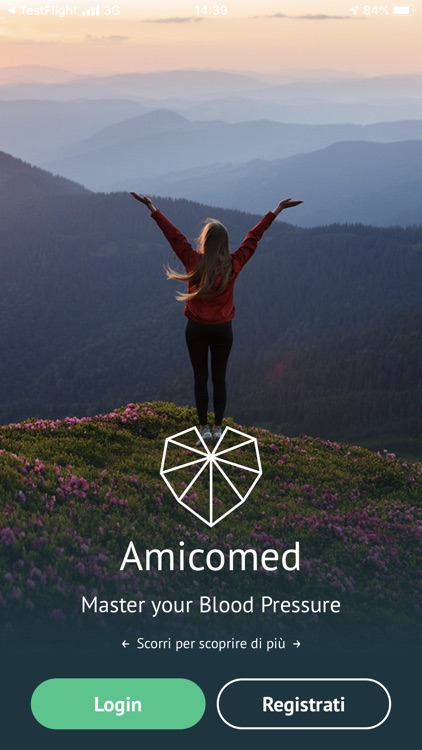 In the United States, the Center for Disease Control and Prevention has reported that 75 million Americans have high blood pressure.

These statistics mean that 1 out of every 3 adults are currently suffering from this condition and many are not even aware that they fall within the hypertension/prehypertension category. With these numbers continuing to grow, attention has been placed on medication and lifestyle changes that can help reduce high blood pressure as it dramatically increases the risk for health conditions such as heart attack, stroke, (congestive) heart failure, and kidney disease.

‍Amicomed is facing this issue head on with the development of their digital platform that helps monitor blood pressure. It has developed a service that is both for individual users and care providers as it features education on blood pressure management, personalized lifestyle advice, and unprecedented data analysis for providers to focus on real priorities and better care. Currently available in Europe, Amicomed has demonstrated scientific results: its platform achieves a 5mmHg mean reduction in blood pressure after 3 months of use, with 70% of adherence.

I sat down this week with Italian CEO and Co-Founder Giangiacomo Rocco to learn more about Amicomed and their current expansion into the U.S. market.

What are the most notable strengths of Amicomed that help differentiate it from other bp apps?

Giangiacomo Rocco (GR): For sure, one thing that differentiates us is our founding team. In our founding team we have a cardiologist and also our team is all senior, we are all aged in some way. I am more than 50 and a serial entrepreneur and Domenico Cianflone is over 60. He is a cardiologist, Director of prevention and rehabilitation Unit at one of the major private Universities in Europe internationally known with a lot of experience in innovation in health IT. The other two additions that we had to the team, Andrea Mason and Paul Petronelli, are also senior, very seasoned people in terms of years of experience. Andrea Mason started his first telemedicine company in 1996 in Italy when people were still unsure of what telemedicine was, which was very impressive. So as you can see, we are a very seasoned team with a lot of experience in the health sector in general and this is certainly a very strong asset in differentiating Amicomed from other blood pressure initiatives in the app store that normally are no more than a logbook.

As a consequence of that, I can definitely mention that the clinical knowledge of Amicomed stands out. From the beginning of our development we were searching for scientific outcomes and the development of our algorithm has been strongly based on the desire to provide concrete outcomes since the very beginning.

The other point that I would like to mention is our very strong group of Angels that have funded the company so far and have provided over 2.4 million dollars of initial investments, which is quite uncommon. These are European Angels, and I am very proud of having them in the team because they are the group of people that have supported us along 3 years of developing the project so far.

What has been the easiest part of building your company? The hardest?

GR: The easiest part of building the company is that we are facing the huge problem of high blood pressure that casts enthusiasm for all of us, as it not only drives us to make a business, but to make something positive for the world. This enthusiasm to do something positive makes it easier to establish and grow Amicomed.

What are the next milestones for Amicomed?

GR: The next milestones are a couple of things; the first is to demonstrate the commercialization and marketability of the product. The second is our current work on the deployment of the product in the United States that is expected to arrive in the beginning of April. These are two things that are currently our main priorities.

You are a serial founder with previous successful exits. How has your previous experience influenced the approach you are taking to build and scale Amicomed?

GR: It was almost a problem, because when I founded my first startup in 2000 it was a completely different time and a completely different environment. Just to give you an idea, at the time we had 5.5 million dollars of seed funding based on only an Excel spreadsheet. It was only an Excel, there was no product, no outcomes, and there were no customers or even potential customers. It only was an idea. Try to imagine doing something similar today, it simply would not work. The funny thing is that I remember we asked for something like 2.4 million dollars and the fund said we made the wrong calculation and we needed the double and that they would just provide it for us.

Coming into the market 13 years later with this experience, the current startup environment has been completely different and the way of doing business is must more structured with much more competition, so I had to learn again.

This has been a very positive experience. The things that have helped me for sure in developing Amicomed is the experience that I have had as an entrepreneur because I know what it means to build a company from the initial idea to the established company and I am prepared for all of the stages.

As an Italian founder scaling into the US market, what has been the biggest learning curve for you so far? What’s been easier/harder than you expected?

GR: I was surprised with the United States, to be honest, from several points. The positive surprise of course was the level of adaptability to innovation that there is in the U.S., particularly in San Francisco. I remember there was a person in San Francisco mentioning that here in this city we live a little bit in the future, and in my mind that is completely true and this is really amazing. Here you have the ability to imagine and the possibility to experiment.

I was also not aware of the care payment mechanisms in the United States before arriving here. Previously, I was not aware of the quantity-based reimbursement model and when I first dealt with that I was surprised. I believe that this is probably a driver of the general high costs of healthcare in the States. This is a great opportunity for Amicomed because the shifting is now going from quantity- to quality-based and that is why we are here: leverage and opportunity.

Have you found anything about the work atmosphere of the US and how people are developing their technology very different from italy?

GR: In Italy, there are a lot of people who are really working hard on their innovation and their passions. Roberto Ascione is a key example of the best expertise you can have in Italy; he dedicated his entire life to innovation, especially in the healthcare field, and he is not the only one. Just to give you an idea, in Italy the total amount of funding of venture capitalists was less than 300 million dollars in a year. So you can understand how difficult it can be to make innovation in that kind of environment where you don’t have the resources and that’s a pity because you have Italian people who are limited by available opportunities. Europe is a little bit better than Italy, in terms of available opportunities. Berlin and Barcelona are doing a lot, but in any case we are still struggling in innovation. Amicomed is lucky because we had the opportunity to travel to the United States to reach more opportunities.

Is there any advice you would give to individuals looking to develop their own startup?

GR: Be proud of your team. Whatever stage of the company that you are in, it is important to leverage and delegate. The perfect CEO should become an unemployed person because if you have the right team doing the right thing you don’t have to do anything. This is of course a paradox, but it is something that I really try to make real in all of my companies and it works. If you choose the right people and you spend time explaining your goals and objectives to them, this helps a lot and you will have a team that you can rely on. 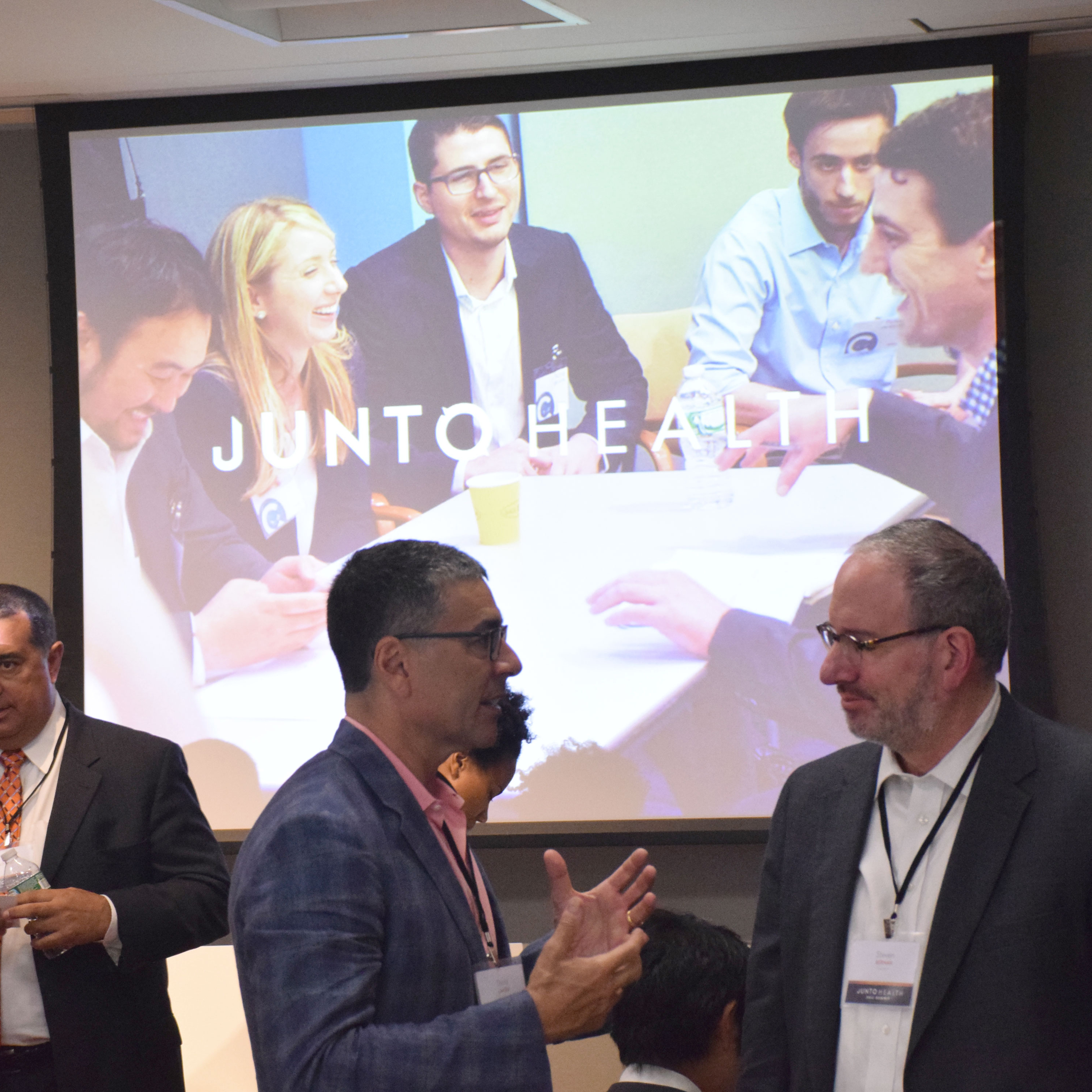